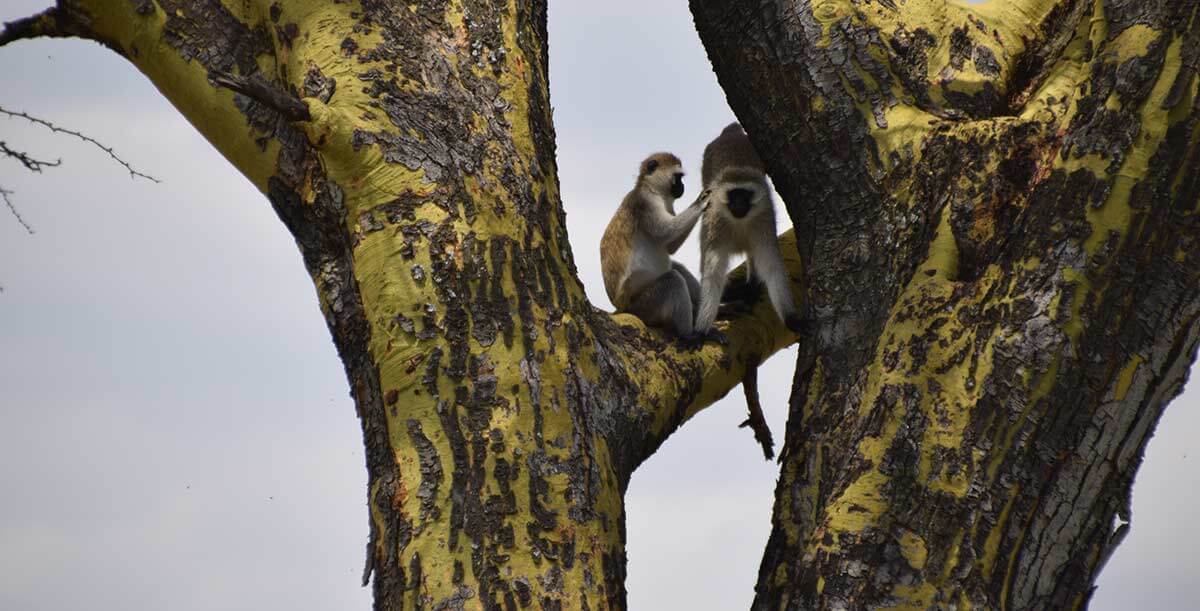 The often overlooked Arusha National Park offers some of the most breathtaking scenery in Northern Tanzania. Arusha National Park includes Mount Meru, the second highest mountain in Tanzania and game highlights consist of giraffe, cape buffalo, elephant, zebra, flamingo and hippo. Several primate species including black and white colobus monkey, Syke’s monkey and vervet monkey thrive in the tropical forests. The patient ornithologist will be rewarded with the chance to spot elusive forest birds such as Hartlaub’s Turaco. We can organize guided bush walks, too.

This park has three distinct zones: Ngurdoto Crater (often called the ‘mini-Ngorongoro’); the shallow alkaline Momella Lakes fed by underground streams (upon which rest thousands of lesser and greater flamingos, and many migrant birds can be seen between May and October); and the densely forested slopes of Mount Meru (one of the rewarding mountains to climb in Africa and where, among other animal species, live blue monkeys and beautiful black and white colobus monkeys). Other attractions in the park include the elephant, giraffe, buffalo, zebra, hippo, various antelopes, leopard and hyena. The park is 21 km from Arusha on the main Arusha to Moshi road. The location of this park makes for a great one day safari from Moshi or Arusha.