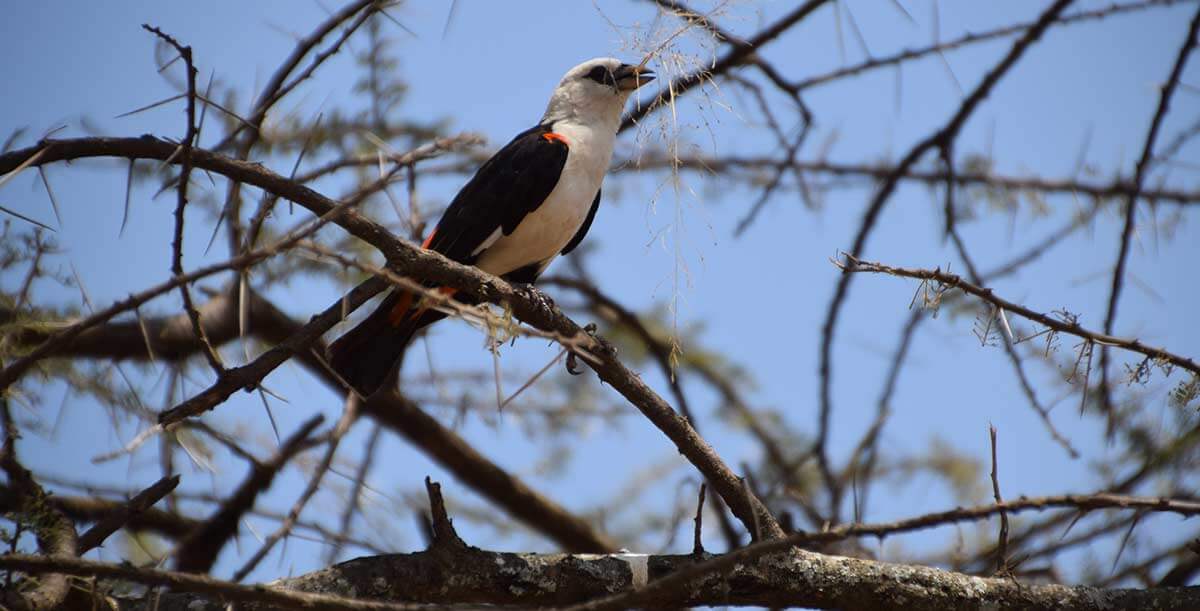 Mkomazi National Park lies just south of the Kenya border in the shadows of the Pare Mountains. Although in some seasons it is difficult to spot game in Mkomazi, its dry savannah is one of the best spots to bird watch in Northern Tanzania. There are over 400 bird species and virtually no tourists or safari vehicles, even during peak safari season. The reserve is also home to the Mkomazi Rhino Project, a conservation effort that is reintroducing black rhinos and African hunting dogs to the area. Game highlights include the rhinos, hunting dogs, elephants, zebra, ostrich and several species of antelope. Extended walking safaris are possible in Mkomazi ranging from a few hours to a few days. Because its location is in the opposite direction from the other Northern Circuit safari destinations (relative to Moshi and Arusha), it is a seldom visited park.